Annual new HIV infections in the country have risen from 9,500 in 2010 to 17,000 in 2016, although the infection rate slowed down in 2014 and 2015, suggesting recent prevention measures are having a positive effect. However, recent gains are being threatened by the military conflict that broke out in 2014.

The research on Public Awareness of HIV Epidemic in Ukraine has been conducted by GfK Ukraine annually starting from 2013 for Public Health Center of the Ministry of Health of Ukraine and funded by GIZ. The last wave of the research was conducted in November 2017.

The objective of the research is to evaluate the awareness of the State All-Ukrainian Informational Campaign “Don’t Give AIDS a Chance!” implemented with the Public Health Center of the Ministry of Health of Ukraine, and to measure HIV and AIDS-related knowledge, behaviour, and attitudes in Ukraine.

This data can serve as a basis for NGOs and state institutions in the planning and realization of effective interventions/initiatives in the field of HIV/AIDS.

The sample size of 2,260 interviews includes 1,000 respondents aged over 15 years for a nationally representative sample and boosters of 1,260, which were conducted in order to have the sufficient sample for the analysis of the population aged 15-24 and the population of the two target regions of the State All-Ukrainian Informational Campaign “Don’t Give AIDS a Chance!”.

The research results provide data that help to plan and organize responsive measures to the HIV/ AIDS epidemic among the general public and also contribute to the process of the ongoing healthcare reform in Ukraine. The research measures and shows the demand for different services, such as HIV express testing. For example, according to the results of the last research, the number of people, who were tested for HIV in the cabinet of family doctors, increased from 5% in 2015 to 10% in 2017. This data is used during the planning and implementation of different healthcare interventions.

Within the frame of the State All-Ukrainian Informational Campaign “Don’t Give AIDS a Chance!” implemented with the Public Health Center of the Ministry of Health of Ukraine, almost all waves of the Campaign were based on the results of the abovementioned study. 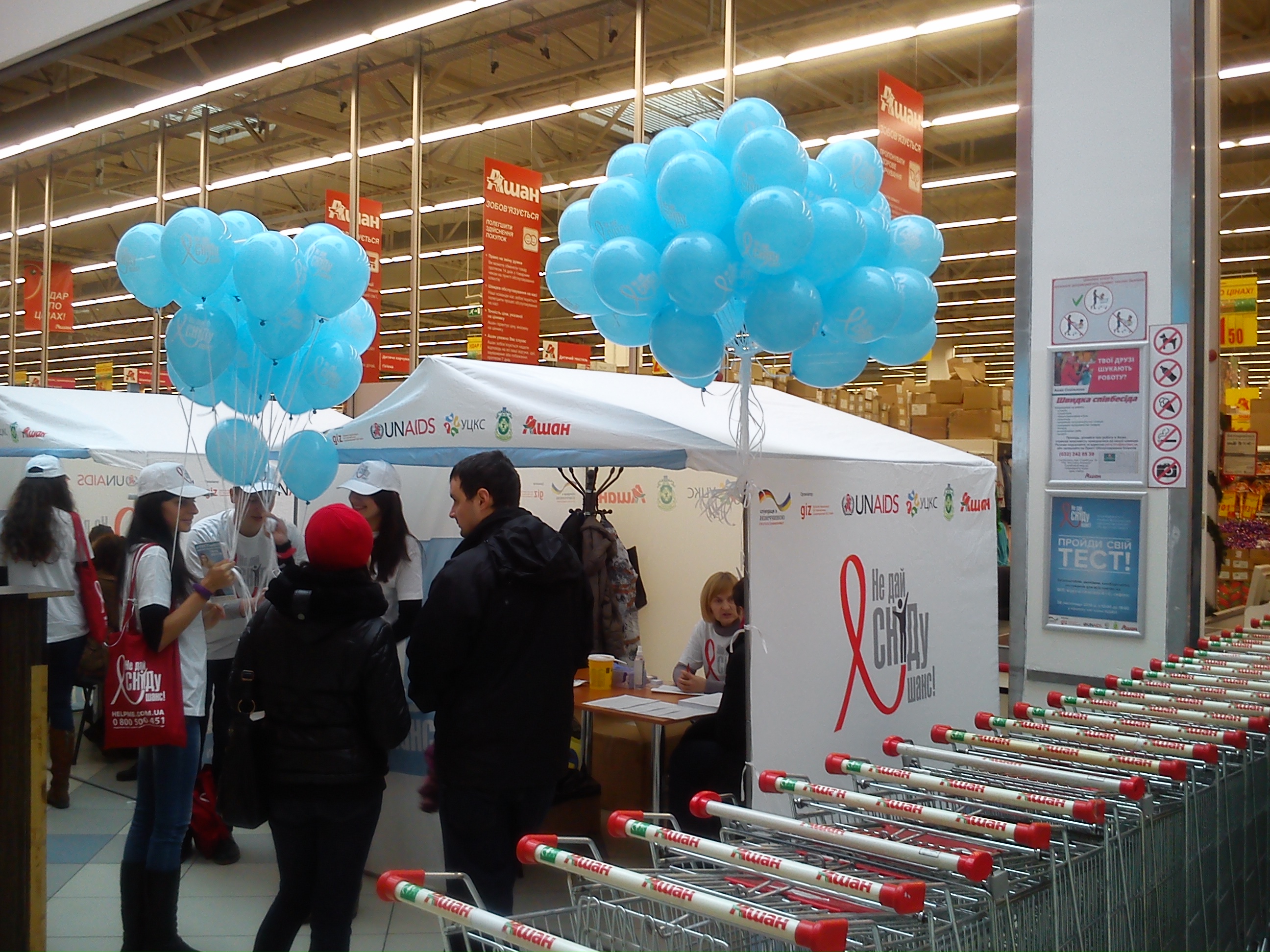 For instance, the Campaign of 2015 “To Believe or Not” was designed to convey two messages – condom use and HIV testing. This Campaign was created based on the survey results. It showed that 38% of people did not use condoms when they trusted their partners, even if they saw him/her for the first time. The campaign suggested taking an online test that checks whether a person would believe the handsome partner who is telling compliments and persuades to have unsafe sex.  After taking the test, the person could find the explanation of test results and description of HIV-related risks.

As of 2015, 60% of Ukrainians never were tested for HIV. As a result of the dissemination of information, in 2017 more people were tested, and early diagnostics of HIV in the regions increased up to 7%, according to the data from the regional AIDS-centers.

Furthermore, the above-mentioned research provides the national indicators for Global AIDS. Monitoring (GAM) report. This year’s indicators of “the percentage of young people who correctly identify ways of preventing sexual transmission of HIV and reject major misconceptions about HIV” and “the percentage of women and men who have had sexual intercourse with a casual partner in the last year and used a condom during the last sexual intercourse”, measured in frames of the survey, were included into the GAM report provided by Ukraine to UNAIDS headquarters in order to report the situation with AIDS epidemic in Ukraine. Both indicators showed positive trends compared to previous years.

The full report is available here:

The site of the State All-Ukrainian Informational Campaign “Don’t Give AIDS a Chance!” can be found here:  http://aidsfacts.helpme.com.ua/