What is violence against women and why does it matter?

“any act of gender-based violence that results in, or is likely to result in, physical, sexual or psychological harm or suffering to women, including threats of such acts, coercion or arbitrary deprivation of liberty, whether occurring in public or private life[1].”

Most violence against women is perpetrated by men. These can be intimate partners – the people with whom women are either in or have been in a relationship with or other people such as family members, colleagues, acquaintances or strangers. Therefore, violence against women is embedded in gendered social structures and closely interrelated with gender inequality, poverty and economic dependence.

VAW is systematically underreported to the police or other agencies so the scale of the issue is not reflected in official data. Furthermore, intimate partner violence is often seen as a “private” matter of the home, which makes women less likely to speak out. This matters because it means that decision-makers, practitioners, non-governmental organisations and other actors don’t have the data needed to make informed decisions and to develop targeted policies to address and prevent it.

In response to a lack of comparable data on violence against women, the European Union Agency for Fundamental Rights[2] (FRA) commissioned a consortium led by Ipsos MORI[3] to conduct the first EU-wide robust and comparable survey on the extent, nature and consequences of violence against women, as reported by women. Ipsos MORI oversaw the data collection, contracting affiliated agencies in each country to carry out the fieldwork.

What methods do you use to collect reliable data on sensitive subjects?

Due to low levels of reporting to the police or other agencies and the difficulties associated with holding perpetrators to account through the judicial system, population based surveys provide the most accurate estimates of the prevalence of violence against women.

In 2012, Ipsos MORI on behalf of FRA conducted a face-to-face survey with 42,000 women across the 28 Member States of the European Union[4]. The survey included questions about physical, sexual and psychological violence, childhood victimisation, sexual harassment and stalking (including the role of the internet). The survey consisted of 1,500 interviews with women in each country, with the exception of Luxembourg where 900 women were interviewed. The women were selected from the general population to participate using a multistage random (probability) sampling approach. The sampling approach is important because it ensures that the results are representative of the female population aged 18 – 74 years living in each EU Member State and increases comparability of the survey results between countries. 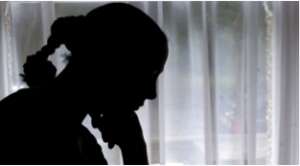 To address the sensitivities, interviewers were trained using a survivor-centred approach. Some techniques used in this approach include;

As a result, many respondents, including some of those who had not talked to anyone about the violent incident, were ready to share their experiences with the interviewer and appreciated the fact that they were asked about a topic which they considered very important. Ipsos MORI delivered the final dataset and technical report to FRA, who completed the full analysis of the results.

What happened as a result?

Headline findings show that 33% of women have experienced physical and/or sexual violence since the age of 15, while 5% have been raped since the age of 15. Just 33% of victims of partner violence and 26% of victims of non-partner violence either contacted the police or some other organisation (such as victim support) following the most serious incident of violence. The results of non-reporting of incidents of violence highlight the importance of using population based surveys to gather data on this issue[5].

FRA released the results of the study in March 2014 and the information collected has allowed FRA to make a number of recommendations on how to address this issue and better protect the human rights of women in the EU. Examples include amongst others;

In the days following the launch of the results, FRA recorded more than 1,500 news articles and broadcast items referencing the results of the survey. At EU level – as an example – European Commission has used the results to justify funding for awareness raising campaigns to tackle violence against women, while Members of the European Parliament and civil society organisations have found in the survey results a tool which supports their calls for better victim protection measures, for example through the ratification and implementation of the Istanbul Convention.

To make the empirical data accessible to a wide audience FRA used a variety of dissemination techniques. This includes official publications, press releases and speaking at events to raise awareness as well as data visualisation tools and video presentations. Please visit the project website here for more information.

Ipsos MORI has built upon the methodological skills its team developed during this project by continuing to deliver population based surveys that explore issues related to violence against women with partners in Asia, Latin America and Sub-Saharan Africa.

[1] General Assembly Resolution 48/104 Declaration on the Elimination of Violence against Women, 1993

[5] FRA, Violence against Women: an EU-wide survey – Results at a glance, Luxembourg: Publication Office of the European Union, 2014, http://fra.europa.eu/sites/default/files/fra-2014-vaw-survey-at-a-glance-oct14_en.pdf