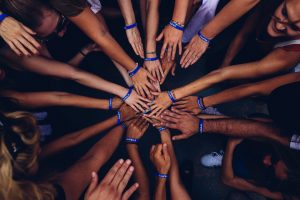 When talking about market research we usually discuss its commercial applications, such as product testing. Less is known about its contribution to the common good, even though development is a multi-billion sector. We ask several non-profits how data supports them in their powerful, world-improving endeavours – from making invisible street children visible, to tracking the spread of Ebola outbreaks.

Rebecca Lim is Head of Our Better World (OBW), the digital storytelling initiative of the Singapore International Foundation, whose aim is to strengthen mutual understanding between global communities as well as enrich lives and effect positive change. The research that supports this work won an award at this year’s first edition of the ESOMAR Foundation ‘Making a Difference Competition’. Lim stresses the importance of reliable facts. “The data we have from our analytics informs us about what our online audiences are interested in, what they’re clicking on, and it guides us in our storytelling.”

OBW shares stories from non-profits from across Asia in video, photo and text form, to create a bigger awareness of good causes. The goal is to entice people to support them, says Lim. “It’s critical for us to have data, because that gives us insights and helps us get better in how we tell stories and how we get our audiences involved in the different causes.”

When the platform started six years ago, there was no research in digital storytelling for social impact in Asia. Primary research was needed to understand national psyches and uncover drivers of culturally and socially relevant story themes, to better connect with audiences. Only by understanding this, would OBW be able to nurture and grow an online community of action takers.

OBW approached Kantar Millward Brown to form a partnership to undertake this primary research. The study into digital audiences demonstrated how different triggers inspire people to act. “In India, for instance, the aspect of social change is most important. People want to be able to play a role in changing a flawed system. Having that insight, we created a video story about child sexual abuse in the country. This started a conversation online and many people approached the non-profit Cactus Foundation with stories about their abuse experiences, including a 70-year old lady. This also resulted in over 1000 volunteer enquiries to the Cactus Foundation. So that was really powerful.”

“We’re all about real stories, especially in this age of fake news, we feel these are all the more relevant.”

With such sensitive topics, it’s crucially important that Our Better World has access to the most reliable data. In case of a dispute or even a denial of social injustice, the organisation can always substantiate its stories by referring to data sets from credible sources. “We’re all about real stories,” stresses Lim. “Especially in this age of fake news, we feel these are all the more relevant.”

Another winner in the ESOMAR Foundation ‘Making a Difference Competition’ 2018 is the Surgo Foundation, a privately funded action tank which partners with organisations and governments to help unlock some of their biggest challenges. “Our key principle is data,” says the foundation’s Co-Founder & Executive Director, Sema Sgaier. She explains that this is a multi-billion sector. Each year over 170 billion dollars is spent to improve the lives of people who live in poverty. This money is spent by multinationals, governments, donors etc. “It’s a pretty data-heavy sector. The question is how this data is being collected and used.”

As an example of smart data use, Sgaier tells about increasing the coverage of vaccines and immunisation to save children’s lives. “Spreading the vaccines is usually quite successful, but what’s lagging is the usage. We’re failing to treat the users as customers of a product because we don’t understand the detailed ecosystem they live in. So we try to close that gap with data and insights that are not traditional in the sector. With these we can design programs that improve the uptake of these services.”

The people whose lives the Surgo Foundation is trying to improve, are what Sgaier describes as populations who are in the dark to the private sector. “For example, many big brand products don’t reach places in rural India. Big manufacturers don’t reach these people through research. So for us, the challenge is to get the data, both on a large scale and on a detailed, deep level.” In order to get the much-needed facts, the foundation has developed its own multi-disciplined teams. It also partners with NGO’s, governments and large suppliers such as Ipsos, who have data collecting teams on the ground, as well as with start-ups who have developed new methodologies. “It really is a collaborative effort,” says Sgaier.

What distinguishes the Surgo Foundation within the non-profit field is its use of private sector-type insights in the public domain. “As an innovation lab, we’re trying to bring methodologies and approaches to the development sector that are not common, and in many ways are unique there. One example would be psycho-behavioural segmentation. In market research it is bread and butter, but in development it is new. In our sector we tend to look at demographics, at age, not at psycho-behavioural profiles. We’re really trying to shift the sector in its approach to thinking about data and how to collect it.”

Hugo Rukavina is Systems & Information Manager at StreetInvest, a International Development NGO that wants to improve the opportunities and safety of street children around the world. The organisation aims to better inform and positively influence stakeholders through research, data collection and advocacy. “To do this we need to demonstrate the impact of street work on street-connected children,” says Rukavina. “Research and data are key to supporting street-connected children. Without it, we do not know where they are or how best to support them.”

“The absence of this data makes these children invisible.”

Street-connected children exist in every country of the world, yet the lack of systematically collected and disaggregated data means StreetInvest does not know how many there are. “The lack of a standard methodology for counting them results in data which is contested and which lacks credibility. The absence of this data makes these children invisible, which leads to policies not being developed or measures that are ad hoc, temporary or short-term.”

The numbers have to be absolutely correct. Inaccurate data does not help street-connected children. Wildly inflated numbers can make policy makers and the public believe it’s an unsolvable problem because there is just too many of them in need of support. “Some NGOs may inflate numbers to attract funding, or they are simply based on poor estimates. Underreporting may have the opposite effect: if there is no hard data to show the existence of street-connected children in an area, the authorities can easily dismiss it as a minor issue that doesn’t require intervention.”

Bringing a wide group of stakeholders together, including governments, is one of the positive outcomes of StreetInvest’s headcount, says Rukavina. “It is not just about getting data, the process is also about bringing people and stakeholders together to reach a common understanding of the issues facing street-connected children, and that working with them in a rights-based and child-centred way is the best way to support them.”

Marie Stafford is European Director for the Innovation Group, JWT, an in-house futures consultancy that delivers trends, insight and thought leadership to its clients. She’s long been an advocate of businesses sharing their data for the common good. “If we agree that business has a role to play in helping to build a better world, then data philanthropy offers another route to achieving that goal. A lot of important data is held by businesses and organisations can’t get access.”

“Companies have an obligation to help solve social problems and this is an attitude they will bring to the workplace.”

The conversation is growing, she observes. Although she describes data philanthropy as still an emerging field, Stafford does see many signs of it gaining momentum. “Some data suggest that use of the hashtag #dataforgood has gone up by around 68 per cent in the last year. I think participation will definitely grow, but it’s going to take time. Participation is being driven by data scientists themselves, keen to put their skills to positive use outside the day job. Generation Z thinks companies have an obligation to help solve social problems and this is an attitude they will bring to the workplace. Gartner is now predicting that by 2020, employers with a data for good programme will have 20 per cent higher retention rates for data scientists. So it’s going to be a good way to motivate valuable talent.”

“Business has a role to play in helping to build a better world, then data philanthropy offers another route to achieving that goal.”

Stafford adds that consumers also rate ‘good’ companies higher. “Data philanthropy is just one way in which companies can demonstrate those values and pursue a social mission, and they have a big role to play in its future.” In a recent study JWT conducted on sustainability, 89 per cent of people across the UK, USA, China and Australia said they wanted to know more about companies’ efforts in the space. “I think in the contexts where it is appropriate and relevant, brands could involve consumers in the process, by actively eliciting their support for data sharing, even if this goes beyond the current legal requirements. At the end of the day data is generated by people, so it’s their data. It’s only right that they should also be able to take some credit for any positive impact.”

Marie Stafford believes companies already hold data that can be put to work for good. She lists examples of data philanthropy:

Ghislain Mukuna is Program Manager of the ADMIRE project, Catholic Relief Services (CRS) in the Democratic Republic of Congo. All around the world, CRS is using new technologies to understand and visualize data. “This helps us extract practical information that can lead to improved programming, expanded impact, and better insights on different issues,” says Mukuna. He gives an example: CRS’ data from DRC shows that girls miss more school days than boys. “Better menstrual hygiene management could help address this problem, but we found that inadequate infrastructure, lack of equipment and knowledge are obstacles to better menstrual hygiene management, whether at school or at home.”

Mukuna feels there’s a good chance the community can break the taboo around menstruation if the issue becomes part of the discussions in the community. “This remains a hypothesis, because the pilot hasn’t yet taken place, but we would like to test approaches that would improve knowledge about puberty and menstruation by facilitating communication between adolescents and their parents on taboo subjects.” Indeed, studies in the DRC have demonstrated that parents are adolescents’ main sources of information on menstruation.

At CRS they are optimistic that this pilot will lead to a high impact, given the positive response of the community to the results of this research. “Working together, we believe we can change the current menstrual hygiene management situation in communities.” The exchange of information is crucial, adds Mukuna. “We want to share insights like this one with CRS staff, partners and other stakeholders to leverage lessons learned and draw the public’s attention to an issue so we can work together to create a better world.”