“The Missing Millions” and “Using Data to Understand People’s Values Priorities and Desires” were the two sessions were the ESOMAR Foundation took stage!

I was very fortunate recently to represent ESOMAR Foundation and Paragon at the United Nations’ very first UN Word Data Forum (WDF) which was held in Cape Town in January.

So what is the WDF? Here’s the official version: Following one of the main recommendations contained in the report entitled “A World That Counts” , presented in November 2014 by the United Nations Secretary-General’s Independent Expert and Advisory Group on Data Revolution for Sustainable Development, the Statistical Commission agreed that a United Nations World Data Forum on Sustainable Development Data (UN World Data Forum) would be the suitable platform for intensifying cooperation with various professional groups, such as information technology, geospatial information managers, data scientists, and users, as well as civil society stakeholders.

So, basically it was a very big (enormous, in fact!) conference, attended by practically all the world’s National Statistical Offices, plus everyone else who is interested in the world achieving the UN’s 2030 Sustainable Development Goals, with the objective of getting everyone to collaborate and cooperate better, in order to achieve the goals.

Let me set the scene for you…

What was the Conference all about?

It was a 3 day conference, and each day there were 2-3 Plenary sessions, plus 3-4 parallel sessions of 6 separate themes or streams (so each separate stream session was attended by 100-200 delegates!)

The six pre-defined nominated themes or workstreams were as follows:

And of course there was lots of networking, and an extremely lively conference dinner!

What did we actually do there?

Representing ESOMAR Foundation and Paragon, I took part in 2 Panel sessions – one in the ‘Leaving no-one behind’ stream – which is a general call to action from the UN to help the poorest everywhere. We did a session on ‘The Missing Millions’, where we discussed how we could measure these difficult populations (eg Street children, the homeless, people living in institutions, people displaced by conflict etc etc – not an easy task!) and further understand how to help them through real research to fully understand their situation. Our audience here was mainly NSO’s and they were rather sceptical about: How were we actually going to do it ie quantify the populations? Was there political will to do it? And where was the funding going to come from?  All excellent questions – we had a good and lively debate! 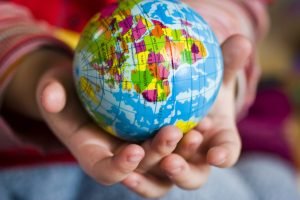 And the second panel that I participated in was in the ‘Understanding the World through Data’ workstream  – we conducted a session entitled ‘Using Data to Understand People’s Values Priorities and Desires’. Basically we were arguing for attitudinal and qualitative data to  understand how to guide more effective actions. Actions which take account of what the actual people think. After all we have very appropriate skills to apply!  Here our audience was mostly NGO’s and Civil Society, and they were very supportive and enthusiastic about the arguments – so we had another excellent debate!

Altogether, every session I went to was interesting, informative and full of passion.

The messages I heard most consistently throughout the 3 days were:

Every session I went to – whether it was about Data Journalism, geo-mapping, whatever – was extremely interesting. Everyone was passionate, enthusiastic and innovative.

But after all, if you are with 1500+ people who all want the world to be a better place – you are going to be inspired!

And I certainly was. The issue is to engage with this audience and get our voice, as market researchers, heard.

I came away having made contact with people that I had only spoken on the phone to before, with lots of new contacts, and many ideas for projects to start us to have a bigger impact. 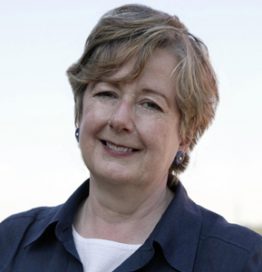