Violence against women is a global problem that crosses cultural, geographic, religious, social and economic lines. It is one of the most prevalent forms of human rights violations, and it deprives women of their right to live fulfilling social, economic and political lives. Violence against women causes a myriad of physical and mental health issues that span generations, and in some extreme cases, it can result in the loss of life.

Understanding the magnitude and trends of violence against women, as well as its root causes and consequences, is key to effectively addressing the problem at the individual, community and national levels. However, up until recently, very little was known about the actual prevalence and patterns of violence against women, especially domestic violence, in Mongolia. For the longest time, authorities depended only on the number of reported cases of domestic violence to estimate its prevalence in the country. But in most societies, including Mongolia, domestic violence is still surrounded by stigma and many incorrect notions, and so many cases go unreported.

To address this crucial gap in information, the United Nations Population Fund (UNFPA) in Mongolia, together with the national government and the Swiss Agency for Development and Cooperation (SDC), initiated the first ever nationwide study on gender-based violence (GBV) in the country. This is an important first step in a comprehensive four-year endeavor to combat GBV in Mongolia by strengthening national capacity for GBV prevention and response. With this study, policies and projects addressing GBV can be planned, developed, implemented, monitored and evaluated based on accurate data. 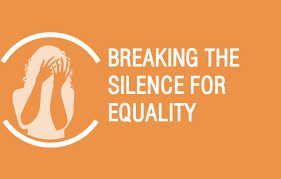 The nationwide study uncovered a multitude of issues and information on GBV in Mongolia, including the prevalence, forms, causes, risk factors, and effects of GBV. The study combined quantitative data based on the methodology developed by the World Health Organization for their Study on Violence Against Women, together with qualitative data based on methodologies used in other countries. While these borrowed methodologies and survey instruments were revised according to the nuances of Mongolian culture and context, adopting internationally used methodologies allowed for international comparisons and a solid substantiation of the indicators and targets of the Sustainable Development Goals.

Given the ambitious scale of the project, UNFPA deemed it fit for the Mongolian National Statistics Office (NSO) to implement and manage the study. After all, as a government agency, their resources are already available for mobilization throughout the country. UNFPA provided extensive technical support to NSO, bringing in experts both from the UNFPA Mongolia office as well as its Asia-Pacific Regional Office. These experts guided NSO every step of the way – from developing the survey and planning its execution to enumerator training, from data analysis to report writing.

For the quantitative component of the study, a population-based household survey covering all 21 provinces of Mongolia and 9 districts of the capital city of Ulaanbaatar was implemented from May to June 2017. A total of 7,920 women (98% response rate) aged 15 to 64 years old were selected using a multi-stage sampling strategy to take part in face-to-face interviews for the survey. They represent all women aged 15-64 years old in Mongolia.

UNFPA and NSO also took extra measures to ensure that these women spoke candidly so that the study may accurately represent the true GBV situation in the country. The interviewers, who were all women, underwent an intensive three-week training to learn to collect information in a safe and sensitive way. The interviewers also referred to the study as “Women’s Health and Life Experience” to protect the interviewees and to encourage participation especially among households where GBV takes place.

To supplement the quantitative data, UNFPA and NSO added a qualitative component that is unique to Mongolia’s GBV study. A third-party research consulting firm was engaged to conduct a battery of qualitative methods to explain and validate the numerical results and to uncover details about the experiences of Mongolians in a way that the quantitative survey could not. Overall, 87 in-depth interviews, 59 key informant interviews, and 64 focus group discussions were conducted among not only women, but also the LGBTQI community, men, the elderly, and people with disabilities.

Combining the qualitative and quantitative methodologies produced a study with robust results that were analyzed in a more comprehensive and nuanced way. The study revealed the prevalence of the five forms of violence against women – physical, sexual, emotional, and economic violence as well as controlling behaviors – perpetrated by both partners and non-partners. The data was segregated by age group, province, urbanity, educational level, employment status, and partnership status. Additionally, the study also looked into the specific kind of violent acts per type of violence, as well as the underlying toxic beliefs and attitudes toward gender and relationships that contributed to the prevalence of GBV.

With the publication of the nationwide study, a communications campaign was launched to raise awareness about these statistics; the results were published in both English and Mongolian, multimedia content was produced, events were staged, and the raw data was made available to the public for free for their own analysis.

However, the numbers revealed by the study were staggering that conversations were forced among stakeholders. The survey showed that that more than half (57.9%) of Mongolian women experienced one or more forms of violence in their lifetime, and one in every three (31.2%) experience sexual or physical violence in their lifetime. More worrying still is that more often than not, the abuse is committed by their partner. These numbers were much higher than expected, and both government officials and the general public alike were forced to pay attention to what used to be the silent suffering of many. Longtime advocates of gender equality and the fight against GBV finally had the right data that can be used not only to create more relevant and better targeted initiatives, but also to persuade stakeholders, especially the national government, to invest resources in combating GBV.

Guided by the results of the study, UNFPA Mongolia, together with the national government and the SDC, was able to pinpoint ten locations for One Stop Service Centers, i.e., establishments that provide survivors of GBV with accommodations as well as health, psychological, legal, counselling, and protection services. These locations were chosen primarily on the basis of highest GBV prevalence rates compared to the national average, but with consideration given to geographical and population balance.

The high prevalence rates revealed by the study coupled with the tireless advocacy work of UNFPA and civil society actors convinced provincial authorities to invest financial and human resources toward GBV prevention and response in their territories. In 2018, 560 million Mongolian Tugriks (approx. USD 210,000) was invested by provincial governments toward the construction and operations of these One Stop Service Centers. This amount is almost double the amount spent by the Mongolian government in the last five years combined.

Beyond these initiatives, the results also proved useful for UNFPA and its implementing partners for behavior change campaigns. The data segregation allowed UNFPA and the Government of Mongolia to identify the most vulnerable demographics to target, while identification of the root causes of GBV guided the development of relevant and data-driven messages, particularly for campaigns that sought to educate the public about life skills and healthy relationship behaviors that can help them avoid and escape GBV.

With all the initiatives spurred toward combating GBV in Mongolia since the release of the landmark nationwide GBV study, its important role in the advocacy work to raise awareness and garner stakeholder support cannot be ignored. In fact, UNFPA is working closely with NSO and other key government ministries to amend the National Statistics Law to include the regular conduct of a nationwide GBV survey to better guide and monitor the work put into combating GBV in Mongolia in the coming years. Mongolia may still have a long way to go in the path toward eradicating GBV, but with reliable data, innovative solutions, and the untiring advocacy of many, there is surely hope that someday, we may have a violence-free society where the rights of women, children and men are respected and protected.